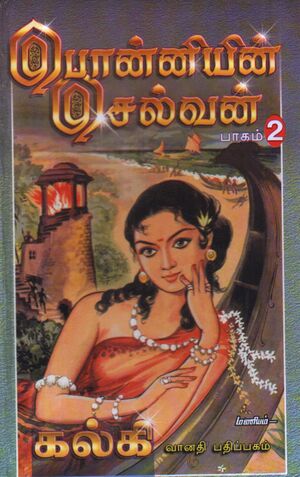 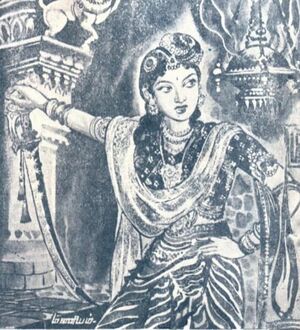 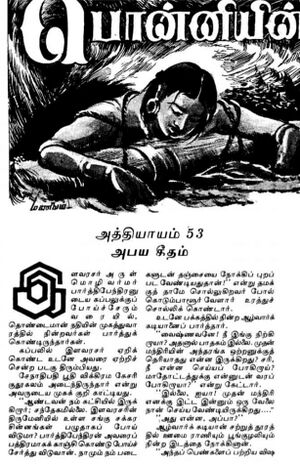 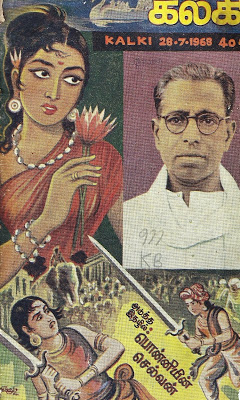 Ponniyin Selvan (1950-1955) is a five-part popular historical novel written by Kalki. The novel details Arulmozhivarman (Raja Raja Chola) sacrificing the Chola empire's throne. 'Ponniyin Selvan' is one of the titles bestowed on Raja Raja Chola. This novel is very popular in Tamil Nadu for its portrayal of king Raja Raja Chola and the Chola period (widely considered as the golden age of Tamil history). Ponniyin Selvan is a top-selling popular fiction in the history of Tamil publication.

Kalki's Ponniyin Selvan was serialized in the Kalki weekly magazine from October 29, 1950 till 1955 and has since been re-published in the magazine, four times. It was first published as a book on December 5, 1954 by Vanathi Publications. After the nationalization of the novel, it was reprinted by various other publications. Kalki had written the serialized epic novel Sivagamiyin Sabatham before Ponniyin Selvan. He wrote the novel Parthiban Kanavu after it.

Paintings played a vital role in the success of Ponniyin Selvan. Maniam (artist), a friend of Kalki's, illustrated the novel. His illustrations, for the first publication, were inspired by the aesthetics of Indian mural paintings. These were serialized five times in the Kalki weekly magazine. Below is the chronology of artists who drew for the series. 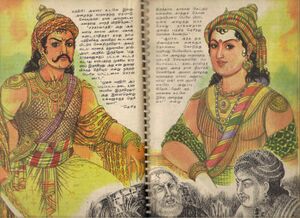 Ponniyin Selvan was primarily based on K. A. Nilakanta Sastri's Cholas and T. V. Sadasiva Pandarathar's Later Chola History. The novel's timeframe is between 957 and 973 AD, the final years of the rule of Sundara Chola, the son of Arinjaya Chola and Vaidumba princess Kalyani, whose name is mentioned in Anbil inscriptions. Sundara Chola was known as Parantaka Chola II. The copperplate inscriptions of Leiden, Karandhai, and Thiruvalangadu indicate that in the Sevur battle, the Chola army led by Sundara Chola's son Aditya Karikalan defeated and killed the Pandia King Veerapandiyan. Aditya Karikalan received the name 'Veerapandian Thalaikonda' (the one who beheaded Veerapandian). The Sri Lankan historical text, Mahavamsam, notes that in this battle, Eelam king Mahendrar IV helped the Pandias.

Aditya Karikalan's death is mentioned in the Udaiyarkudi inscription. Also, it says that in the second year of Raja Raja Chola's tenure, the Thiruveeranarayana Chaturvedimangala Sabha, on the order of the king, sentenced some chemists to death for the crime of killing Aditya Karikalan. Madurantaka, who succeeded Sundara Chola, ruled for sixteen years and took the name 'Uttama Chola' after his coronation. K.A. Nilakanta Sastri believes that Uthama Chola may have been responsible for the murder since the killers were not punished in those sixteen years. It is said in the Thiruvalankadu copperplate inscriptions that Raja Raja Chola, also known as Arulmozhivarman, voluntarily gave the throne to his uncle Uthama Chola. This history forms the basis for Ponniyin Selvan. 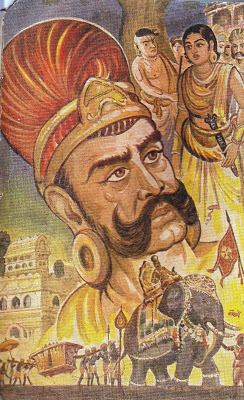 Vallavaraiyan Vandiyadevan, a warrior of the Vanar clan, carries a secret message from the eldest son of Chola emperor Sundara Chola, Prince Aditya Karikala Chola of Kanchi to the emperor of Tanjore, Sundara Chola, and to his daughter Princess Kundavai Pratiyar of Palaiyar. On his way, he discovers a conspiracy at Kadambur Sambuvarayar's palace to crown Madurantaka Chola, the son of Sundara Chola's uncle Gandaraditya, as the emperor of the Chola Empire instead of Aditya Karikalan, the crown Prince of the Cholas. This ploy was conceived by Periya Pazhuvettaraiyar, emperor Sundara Chola's friend, of the clan of Pazhuvur, a clan which served as commanders of the Chola army for centuries. Many other chieftains and generals take part in this conspiracy. 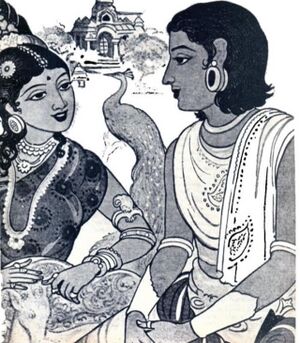 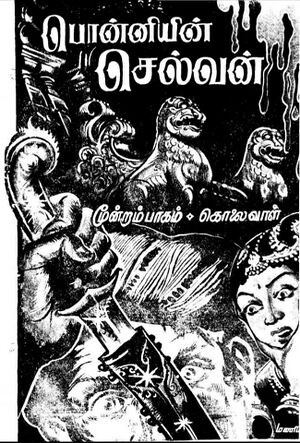 When Madurantaka grows up, he goes against the aspirations of his parents and wishes to capture the throne. Periya Pazhuvettaraiyar views it as a legitimate claim and supports Madurantaka. Pazhuvoor's young queen, Nandini, the mastermind behind this plot, instigates the desire for the throne in Madurantaka's mind. She is regarded as 'the Queen' by the Pandias as she is the wife of the old Periya Pazhuvettaraiyar. She treats him like a pawn to further her schemes. The bodyguards of Pandias and its leader Ravidasan support Nandini to avenge the Pandia king who was defeated and killed by Aditya Karikalan in a battle. 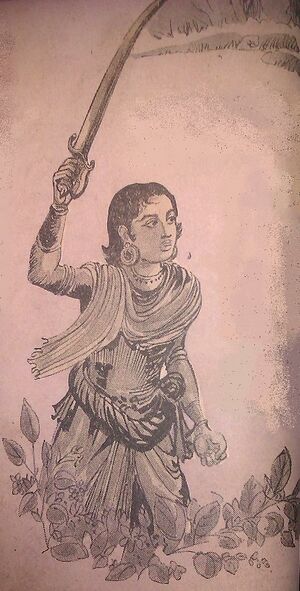 Nandini's background and her relationship with Sundara Chola are described in the novel. The relationship between a young flower vendor named Senthan Amuthan and boat woman Poonkuzhali is detailed. The novel unties various knots to show that Madurantaka was not the biological son of Gandaraditya and his actual son was Senthan Amuthan.

'The Three Musketeers' by Alexander Dumas had a great influence on Ponniyin Selvan. D'Artagnan's parallel in Vandhiyadevan and Milady de Winter in Nandini is strongly felt without any direct adaption or plagiarism. The author was able to construct the novel clearly in the historical and cultural context of the Cholas. Almost all the early historical novelists of Indian languages ​​borrowed the fictional structure from Alexander Dumas, Lord Lytton, Pushkin, and Walter Scott.

There is a semblance of Mahabharata in Ponniyin Selvan. In Mahabharata, Bhishma gave precedence to the hierarchy of caste over justice and virtue. Periya Paluvetrarayar has a similar vision and he is portrayed along the lines of Bhishma. Arulmozhuvarman has a comparable characteristic to Yudhishtra. (Sivagamiyin Sabatham another famous novel novel by Kalki has some parallels to Ramayana). This historical likeness deeply establishes the novel in the Tamil minds.

Ponniyin Selvan has a simple language and can be read at a very young age. It is devoid of negative qualities and promotes chivalry. There is no excess of lust or violence, and therebuy ensures a pleasurable reading experience till the end. The characters are realistically portrayed without the dramatization of adventure novels. Heroic deeds and battles are not exaggerated. The story often moves ahead through personal feelings and conspiracies at the palace. Ponniyin Selvan gains importance as it represented the period which is called the golden period of Tamil history. It has also depicted the youth of Raj Raja Chola, a chief personality at that time. In literature, it comes under the genre of historical fantasy.

As a continuation to Ponniyin Selvan, many works revolving around Raja Raja Chola were written.