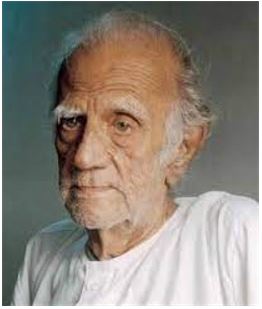 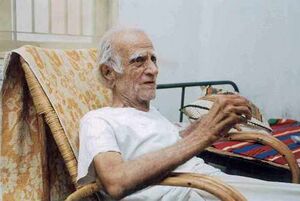 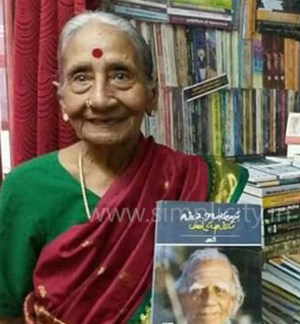 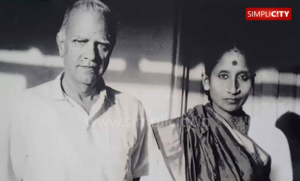 La.Sa.Ramamirtham (La.Sa.Ra or Lalgudi Saptarishi Ramamrutham) (October 30, 1916 - October 30, 2007) was a Tamil writer who wrote short stories and novels. His writing style is famous for its puns and subtle cultural references arising from the stream of consciousness. La.Sa.Ra's stories blend emotional upheavals, micro detailing, and Hindu Symbolism. His musical and mystical experiences reflect in his stories.

La.Sa.Ramamirtham was born on October 30, 1916 in Bangalore, Karnataka to parents Saptarishi and Shrimathi. He grew up in Ayyampettai village near Kancheepuram. La.Sa.Ra's father Saptarishi introduced Tamil and English literature to him. La.Sa.Ra. gained interest and expertise in language by the age of 12. He has completed his schooling till SSLC.

La.Sa.Ra worked as a typist for three years at Vauhini Pictures. La.Sa.Ra became a banker on the advice of movie director K. Ramnath to pursue a career in writing. He worked in the Punjab National Bank for 30 years. La.Sa.Ra retired in 1976 after working as the branch manager at Tenkasi and settled in Chennai.

Haimavati was the wife of La.Sa.Ramamirtham. They have four sons Jayaraman, Saptarishi, Chandrasekaran, Srikanth and a daughter Gayatri. La.Sa.Ra's son, La. Ra Saptarishi writes articles and stories in Tamil. 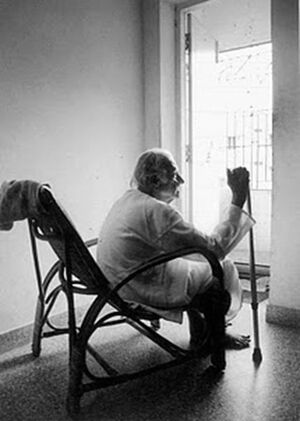 La.Sa.Ra's grandfather was a Tamil pundit. He wrote numerous songs about 'Perunthiru' (Lakshmi) in a notebook which he did like a daily worship and like an uninterrupted meditation. La.Sa. Ramamirtham says that he took this method as an example. He recalled in an interview with Kumudham Junction magazine that he began writing at sixteen. His son Saptarishi wrote in his book about La.Sa.Ra, that his first work was a story called Babuji written in English at eighteen. It was a story about an elephant turning wild. La.Sa.Ra's final story was Boyfriend.

Thi.Ja. Ranganathan (Thi.Ja.Ra) was La.Sa.Ra's literary mentor. He introduced La.Sa.Ra to the Tamil literary personalities of the Manikodi era. La.Sa.Ra says he actively participated in the literary discussions with the Manikodi writers at the Marina beach every evening. He notes that these were like a literary workshop that introduced him to world literature.

Initially La.Sa.Ra wrote only short stories. He his first novel Puthra was written in 1966, when he was 50. It was published by Vasagar Vattam. In 1970, La.Sa.Ra wrote the novel, Abitha.

La.Sa.Ra wrote two biographical books, 'Paarkadal' and Sindhanathi'. Stream of consciousness method was employed to write these books. Both these books were published in Dinamani Kathir magazine. The novel Sindhanathi, which got La.Sa.Ra the Sahitya Academy award in 1989 was published as a series.

La.Sa.Ra developed his own style starting from his early writings. His was an articulated style that had musicality, puns and imagery. All his stories, novels and articles were written in the same style. La.Sa.Ra's way of expression was mystical and mesmerizing in nature. An example of his writing style, "I hear the sound of the image falling on the mirror, can you hear it too?".

La.Sa.Ra's works have been translated in Indian and foreign languages and found place in many literary collections. His works were added in the book 'New Writing in India' complied by the Chicago University and published by the Penguin books group. Tamil scholar Kamil Zvelebil who translated La.Sa.Ra's works into Czech, considers him one of the foremost writers of independent India.

La.Sa.Ra says, "No matter how many ways I write, it is my story that I have brought with my birth; in the world - whether it is the inner world or the outer world, everything that happens in it, everything that I get from it, is my view of it. Therefore, whether I live for myself or cry for anyone, I do it out of my will, in my view everyone I see and do not see are intertwined in my stories. When they identify the moment when they themselves enter the story, the anticipation of meeting after a long separation, the sweet fragrance, just as an individual bead in a string of prayer beads awakens newly, to the name (of God) that is prayed at its turn." (Foreword to 'Ganga') 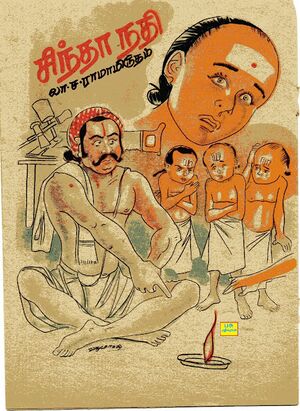 La.Sa.Ra's works have been translated into Indian and foreign languages and found a place in many literary collections. His works were added in the book 'New Writing in India' complied by the Chicago University and published by the Penguin Books group. Tamil scholar Kamil Zvelebil translated La.Sa.Ra's works in Czech, and consider him one of the 'foremost writers of independent India'.

Modern literature was introduced to Tamil via realism. The modern Tamil literary works portray the socio-political climate and relationships realistically. La.Sa.Ra's works were uncommon during that time. His style was full of emotions and surrealistic descriptions. La.Sa.Ra's creative world was a web of myths, mystic events and dreams. The style he developed was that of exaggeration and a rantful introspection. Therefore, La.Sa.Ra remains one of the unique writers in the Tamil literary world.

La.Sa.Ra's writings are overcrowded with images. The spiritual quest of his writings was a search for light, beauty and colors in the feminine. He approaches women with love and mysticism. La.Sa.Ra reflects his family tradition ShriVidhya Upasanai (worship of Devi) in the mental state of the characters in his stories. His stories depict home, family and women's personality. La.Sa.Ra's world never goes out of human relationships.

"La.Sa.Ra converted the aromas of perfumes to Tamil. His stories do not reach the essence of freedom attained by the human minds freeing from tradition, but remain mired in the semblance of an orthodox life. Although he creates crises and presents intense experiences, the meaning of these is not understood. Even though his anxious and emotional characters quarrel within the family, they do not break any barriers. His skill lies in trying new dimensions in language and in expressing emotional experiences at their most intense level." Sundara Ramaswamy thus evaluates in his article on La.Sa. Ramamirtham[1].