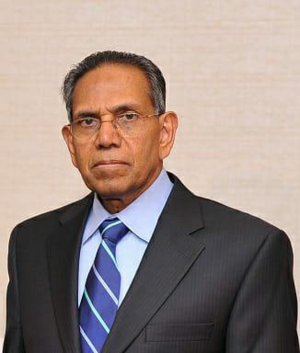 A. Muttulingam (January 19, 1937) is one of the pre-eminent writers in modern Tamil literature. His contributions, which include short stories, essays, interviews and novels, are characterized by humour, aesthetic appeal and perfection in form. Born in Sri Lanka, he is a storyteller who travelled the world on work and captured the varied cultures of the nations he visited, their people and their incongruities, in his writing. He founded the Tamil Literary Garden[1](Tamil Illakiya Thottam) in Canada. The organization presents lifetime achievement awards to eminent literary personalities. He led the effort towards establishing Tamil chairs at many universities, including Harvard University, U.S.A.

A. Muttulingam was born on January 19, 1937 to Appadurai and Rasamma, in Kokuvil in the Jaffna District of the Northern Province of Sri Lanka. He did his schooling in Kokuvil Hindu College and Jaffna College schools. After graduating from the University of Colombo with a degree in Science, he passed the Chartered Accountant examination in Sri Lanka and the Management Chartered Accountant examination in the United Kingdom.

A. Muttulingam married Kamalaranjani and the couple have a son, Sanjayan and a daughter, Vaithehi. He has worked in many countries, including Africa, Pakistan and Afghanistan. Muttulingam has served in the World Bank and held senior positions in the United Nations Office for Project Services. He currently lives with his wife in Markham, Ontario State, Canada. 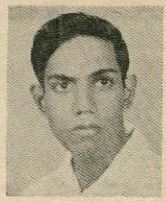 A young A. Muttulingam (From Akka, his short story collection)

Muttulingam was introduced to many modern Tamil writers like Pudhumaipithan, through his discussions and conversations with Professors K. Sivathambi and K. Kailasapathy. This gave him, the courage and inspiration to write. His first short story Kadaisi Kaingariyam was published in the magazine Suthanthiram, in 1958. In 1964, a collection of short stories titled Akka (Elder Sister) was published with a preface by Prof. K. Kailasapathy. It featured the eponymous short story akka, which won the first prize in Dinakaran (Sri Lankan magazine).

After a long hiatus, he resumed writing in 1995 with another collection of short stories, Thigadachakram (Ten Beautiful Arms). Since then, he has authored numerous short story collections and essays. Unmaikalantha Natkuripugal (2008) was his first novel. Kadavul Thodangiya Idam (2011), a novel, was serialized in Anandha Vikatan. Some of Muttulingam's literary works are set in Africa, Arabia and Pakistan where he worked and travelled, and also in Sri Lanka, his birthplace. He has interviewed several writers from India and outside, including Margaret Atwood.

He was instrumental in the founding of the Tamil Ilakkiya Thottam (Tamil Literary Garden) in 2001 in Canada. The organisation aims to recognize eminent personalities from around the world, who have worked to promote the Tamil language, by presenting them with a life achievement award.

In 2018, he collaborated with others, like Dr. Vijay, Janakiraman, to raise funds from Tamilians around the world, in order to establish a Tamil chair at Harvard University, U.S.A. Muttulingam has captured this experience in his article titled Kaalai Thoduven.

A. Muttulingam was criticized by a few for limiting his exploration of the tragedies of the Eelam war in his works. To this, he replied, "I have gone to the limits that I needed to go to. A writer's work should be judged by what he has written, rather than what he has not."

In his works, A. Muttulingam placed a high degree of emphasis on ensuring 'pleasure of the text'. Critic Jayamohan considers his works to be a continuation of the literary traditions of the Tamil writers Ki. Rajanarayanan and Ashokamitran. Jeyamohan has written extensively about Muttulingam in an essay titled Punnagaikkum Kadhaisolli (Smiling Storyteller).[2] Subtle humour, literary anecdotes, engaging details and mythology embellish his writing.

A. Muttulingam's writings transcend cultural and territorial boundaries; they contain a global vision and an exploration of cultural identity for humanity as a whole. His stories deal with the problems of immigrants and their affinities and aversions towards their adopted cultures, without passing them off as humourous absurdity. Neither do they pass judgement on other cultures or hold a misplaced sense of cultural pride in his own roots. Muttulingam writes with an all-embracing global perspective and his stories are intimate portraits of people from different races, languages and cultures, dealt with compassion.

Muttulingam's works contain images drawn from modern life, such as a washing machine (Bhoomadevi). Even his realistic depictions of life reach new heights through the poetry of these images.