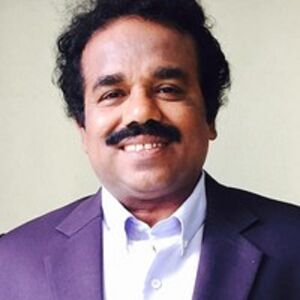 A Ra Sivakumaran (15 November 1954) is a Tamil scholar and educationist. He is a historian and scholar of Singaporean Tamil literature. He has worked in various educational institutes in Singapore.

Between 1981 and 1983, he underwent a teacher training course at the National Institute of Education, Singapore. He completed his Ph.D. at the Department of Tamil, Nanyang Technological University, Singapore. His dissertation, done under the supervision of Dr. Suba Thinnappan, was on the topic 'A Review of Singapore Tamil Literature from 1965 to 1990'.

A Ra Sivakumaran's married K.Thenmozhi. They have two children, Vanidasan and Ambika. Both are engineers. Sivakumaran is a citizen of Singapore.

Sivakumaran joined the Catholic Elementary College in Singapore in 1980 as a temporary teacher. He later received teacher training at the National Institute of Education of Singapore and became a full-time teacher at the same institution. He taught Tamil at the Umar Pulavar Tamil Language Centre and Temasek Secondary School. He became a Tamil teacher at Nanyang Primary College and later became a professor at the National Institute of Education, Nanyang Technological University. In 2007, he became the head of the Tamil department. He retired on 31 December 2019.

Sivakumaran's contributions span two fields of work - one as a Singapore-Tamil literary historian and the other, as a publisher of books in the domain. He extensively studied Singaporean traditional poetry (marabukkavidhai) as well as Singaporean children's literature in Tamil. He co-authored the history of Singaporean Tamil literature with Suba Thinnappan. He has served as the publisher and editor of more than 25 Singaporean literary texts.